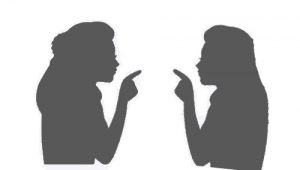 For certain auditory processing assessments it is possible to use a non-speech based stimuli.  For example, it is known that phonemic awareness is a foundational skill that underlies reading.  Phonemic awareness is the ability to recognize and separate out the distinct sounds in a word and, when sounds are presented individually, to blend them into a cohesive word.  It makes sense to assess phonemic awareness using speech sounds.  The underlying auditory skill is the ability to hear the gaps between sounds, a task that is assessed in the gap detection tests.  This skill helps us hear the gap between sounds in words, as well as between words, clauses and ideas.  The gap detection tests use two brief beeps rather than speech sounds, making it unequivocally an auditory, rather than language, test.  What is commonly overlooked is the fact that a child who is struggling with phonemic awareness is exhibiting an auditory processing deficit or cognitive deficit (not understanding the task required), rather than a language deficit, even though speech is being used in the task.

Ann was 4 years old and could not rhyme, not even silly rhymes, not even when it was explained that she should answer with a word that has the same end sound at “cat” or “he”.  Ann’s intelligence was within normal limits, but at a very young age she was already displaying auditory processing deficits.  Due to the lack of auditory processing testing and treatment until later in life, she struggled to learn to read until she was 17 years old.  Without a solid understanding of what caused her reading disability an appropriate reading program could not be identified easily.

Prosody is a skill where a difference may be seen in speech vs. non-speech test items that could be informative.  An audiologist performs a pitch pattern recognition test.  In this test the person hears three piano keys, of only two differing notes, played.  One note is high pitched (H) and one is low pitched (L).  The person can respond that they heard HLH/HHL/LHH/LHL/LLH/HLL.  Alternatively, they can hum the pattern they heard, mitigating the confusion of the language labels affecting performance.  A speech therapist may test intonation by having the person listen to a series of sentences and asking if the person speaking meant what he said or was joking/being sarcastic, or perhaps have the person being tested differentiate between questions (falling pitch) and exclamations (rising pitch).  However, at the end of the day intonation can only be heard.  In the context of language the SLP can help the person with poor intonation recognition compensate through other cues such as context or facial expression.  Nevertheless, compensation is not as mitigating as rehabilitation can be.  Should a deficit be demonstrated only in pitch pattern recognition or alternatively in recognizing intonation of speech this would be showing a hemispheric difference, affecting only music or only language comprehension.  This suggests that a comprehensive assessment would benefit from both speech and non-speech test items to get a fuller picture of the person’s daily function.

This argument of speech vs. non-speech stimuli for APD testing is short sited.  If there is auditory stimulation it must be processed, even if only to determine the sound is important and requires further processing for a response or not important and can be dumped from the queue.  Included in this is a basic process of determining if a sound is a speech sound or not.

If someone whose arm hurts only when you move it, would you say that they must have a muscle based injury, or do we know that the bone could be broken and the is movement triggering the pain?  If we argued that we have to prove the bone is broken by demonstrating it when it is not in motion and could not use an x-ray machine, what would you suggest we do?
I would suggest the diagnosing clinician would look at the presentation. Then, based on specific observations during assessment come to a reasonable conclusion and treat accordingly, for a broken bone, and see if it solves the issue.
Similarly, if we cannot do fMRI or even EEG (learn more on these tools here) clinically to diagnose APD then at least let us use the allowed behavioral tests and treat for APD accordingly for a few weeks and see if the issue being treated is resolved.
Isn’t this a better option than trialing ADD drugs, with a host of undesirable side effect, when you haven’t even been tested for ADD?
Isn’t this better than doing speech therapy for years with “surprisingly” limited benefit?

When you know you want a bottom-up approach and a treatment plan with a quick ROI for the time invested, Hearing Kids is here to help you

← The Great Debate: Is APD “Real”?What Can I Expect From My APD Assessment? →